Because the 95 models lack the plastic housed finder like all other roll film models, I wanted to keep the body as original as I could. 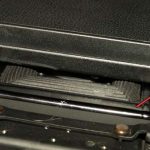 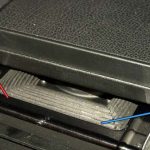 Trying to fit the back as is you will notice it is just a smidgen too wide to fit between the metal rails of the camera body. 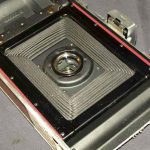 To get it to fit, first you need to remove the smaller metal rails.

Its a soft metal so an xacto knife will work just fine. Score the edge a few time and you can peel it off.

Now the back can sit flush to the film plane. 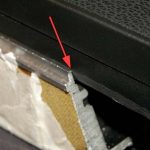 sand or file down to fit the back between rails

Using a file, some sandpaper or a small rotary sander, remove some of the edge of the back.

Test fit it constantly so you do not remove too much. This should be flush and precise as you can make it.

It should now fit tightly, but not too tight, all the way along the back.

But, you’ll notice that if you hold the back to the camera and try to open the door, it won’t.

When all is done, I used some sandpaper to smooth out the nasty edges I created. Though they will mostly be hidden behind the camera rails, clean is nice.

With the back now ready to be attached, there still is that little matter of the ugly cut edge over there…